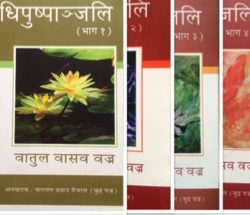 Bodhipushpanjali are teachings of the Vidyadhara, all of which were penned during the first few years of his retreat. These focus on the core principles of the Buddhadharma and are open to the general public.Volumes 1-4 are available in Nepali from our offices.

This book consists of a short introduction to Buddha’s teachings that were popular in Nepal and India for eighteen hundred years. Written by DD Narayan P. Rijal, it is a starting point for understanding the fundamental principles of Buddhadharma. 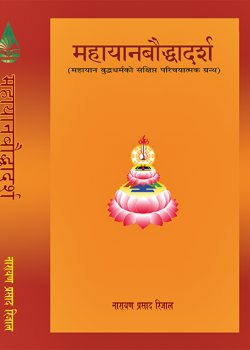 This is the second publication written by Dharmadhara (DD) Narayan P. Rijal. The text is a basic introduction to Mahayana Buddhism and highlights fundamental Mahayana principles and its key concepts.

This is a classical text written by the Eighth century Master Shantideva. The book in Nepali was published by Byoma Kusuma Buddhadharma Sangha publication and is via our offices.

This book was compiled and edited by Dharmadhara Narayan P. Rijal. He has compiled a wide range of prayers in this text to make it meaningful for the Nepalese and Sanskrit oriented Buddhist practitioners.

The ‘Prarthana Pustika’ (the prayer book) is a collection of more than sixty different prayers and aspirations, as well as some important Dharani Mantras widely used in the Mahayana/Vajrayana traditions in general, and particularly in the Tibetan Buddhist tradition. With a few exceptions, most of these are written in Sanskrit, which is also known as a blessed language. These have also been translated into Nepali and the translations are found on the right hand side of each corresponding prayer. 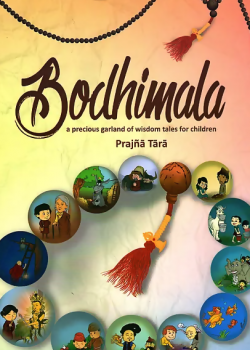 This children book was written by Sahayak Dharmacharya Pratistha Karki (Prajna Tara). It is a series of wisdom tales for children based on loving kindness and compassion. It was published by Shangrila Books and is available from our offices in Nepal and UK